Activities of the Dicastery

Bringing Charisms Together so that the World May Believe

The Ad Limina Visit of the Bishops from Slovenia

On 27 February, a delegation of the Slovenian Bishops came to our Dicastery during their Ad Limina Visit.

The Bishops of this small Central European country told about the pernicious consequences of strong secularizing currents that are working to undermine the centuries-old Christian values that have always shaped and distinguished Slovenian culture and society. However, together with their concern, they spoke about the great hope the young people and the laity represent. In order to have a penetrating effect on the social processes, the Bishops have chosen to wager on young people who, gathered in small formative communities, are preparing to become the teachers of their peers according to the “peer-to-peer” model of evangelization.

The Bishops also bore witness to a revival of the laity, which was recently concretized in some public initiatives with great impact in the media. In this regard, they mentioned the two referendums that were held in Slovenia in 2015 on the initiative of the “Slovenian Christian Laity,” an organization composed of 33 lay associations with the most varied charisms. Thanks to the campaign conducted by these laypeople, the draft laws that intended to redefine the family, no longer founded on marriage between a man and a woman open to life, but as a simple community of life between two people, were blocked at the start, as was the annex that would have permitted homosexual couples to adopt children. The results achieved thanks to the energy of these associations and even more to their coordinated mobilization show that when particular charisms converge in the Church’s single mission and are put at the service of the entire society, the testimony of the Church gains in credibility. 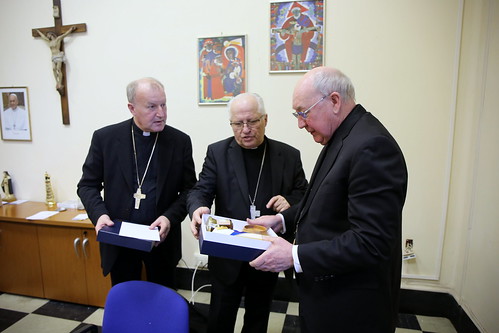