Prevention of sexual abuse: commitment of the ecclesial associations and movements

In order to fulfil its task of accompanying the life and development of the aggregations of lay faithful, the Dicastery also met with the moderators and leaders of the most widespread international movements and associations on a global level. The theme on which the meeting developed  – “Prevention of sexual abuse: the commitment of the ecclesial associations and movements” – touches on an extremely serious aspect in the life of the Church that is constantly emerging , and the Dicastery wanted to contact these realities in order to  increase their awareness of the issue and the necessary prevention.

Over a hundred leaders of international aggregations participated in the meeting at the Hall of the General Congregation of the  Jesuits in Rome on 13th June last. The day opened with an introduction by the Prefect of the Dicastery, Cardinal Kevin Farrell, who immediately contextualized the theme of the meeting by reminding participants of Pope Francis’s concern and the urgency with which he is asking all God’s people to act, facing up honestly and  freely to the hard and long covered up reality, so that the matter is no longer a taboo and to proceed with the necessary “purging” and prepare adequate prevention.

The morning continued with the address of Dr. Linda Ghisoni, Undersecretary of the Dicastery who followed up on her experience at the Meeting “The Protection of Minors in the Church”, that took place in February with the Presidents of the World Episcopal Conferences, dwelling on the ecclesial responsibility shared by all baptized persons.  She then mentioned some testimonials given by victims that had highlighted the strict interconnection between abuse of power, conscience and sexual abuse.

Afterwards, Dr. Philip Milligan, head of the legal office of the Dicastery, illustrated the legal instruments available to the Church to deal with cases of sexual abuse of minors and vulnerable people. He specifically highlighted the recent Motu proprio Vos estis lux mundi (7 May 2019) to explain the definition of a “vulnerable person” as described by Pope Francis, who considers such persons those who are “limited, even occasionally, in their ability to understand and want or to otherwise resist the offence”.

In the afternoon Father Hans Zollner, SJ., Chairman of the “Centre for Child Protection”, provided participants with a wide spectrum of what the Church is doing to deal with the plague of abuse and how the associations, who must of necessity take into account the applicable legislation in the place where they live and operate, can get organized and invest in prevention.

Some direct testimonials from those who have had to deal with cases of abuse in their midst were provided by the leaders of two associations.

The day ended with an address by Don Giovanni Buontempo, the Dicastery’s Head of the Section for Relations with the Movements and Associations who exhorted the participants to consider themselves an active part in the process of awareness that must involve the whole Church and all the lay faithful,  by taking advantage above all of the communications network among groups and families established within the movements to train and inform. Lastly, the words of Cardinal Kevin Farrell: a heartfelt appeal to act with responsibility, by using all means for recognizing abuse, to fight and prevent it through adequate training and drawing up the guidelines and procedures already requested by the Dicastery. 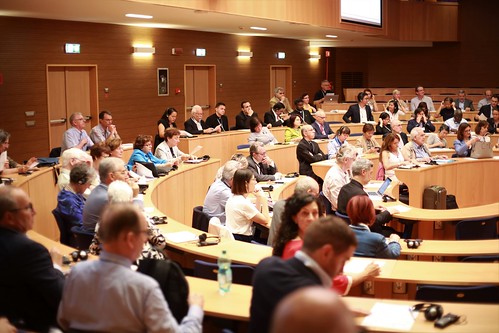 The richness of many years of life

Pope Francis loves the elderly and, from the beginning of his pontificate, and on numerous ...