A Church Between Challenges and Opportunities

The Ad Limina Visit of the Hungarian Bishops to the Dicastery for the Laity, Family and Life

The challenges are those of all European countries, especially of those that, in recent decades, have come out from behind the iron curtain and are faced with the transition from communism to consumerism and secularization. There are, however, some interesting opportunities that make Hungary counter-trend compared to other European countries. The country’s new constitution, promulgated in 2011, for example, states in its preamble that Christianity is “a constituent and unifying factor of the Hungarian nation.” Now, the Catholic Church benefits from this.

Today—say the Bishops received at the Dicastery for the Laity, Family and Life on Friday for their Ad Limina Visit—the Church's presence in the field of education and the school has expanded, and spaces for collaboration with the State are being created, especially in the area of education of the new generations. In schools, it has become possible to choose religious instruction, a fact that has opened up to the mission, an opportunity to retransmit the faith to young and to renew contacts with the families.

Furthermore, this favorable moment concerns not only the world of education but also that of the family and the family-friendly policies being promoted by the State, with tax breaks and natality support. In fact, even though the birth rate and the number of marriage—especially sacramental weddings—remain low, these policies, aimed at combating the country's demographic crisis, are creating a slight reversal in the trend.

Yet, the heavy legacy of state atheism remains, and the Catholic laity is struggling to get moving again. Even today, many tend to live their faith privately, in any case without reference to the Church. In this situation, associations and international movements present in the country are of help, with their missionary work, as are also the formation houses for the laity in the dioceses where many can attend spiritual courses and retreats. The formative role played by the liturgy, the Sunday homily, the catechesis in view of the sacraments, and pilgrimages is of primary importance in this context.

Msgr. János Székely, Bishop of Szombathely and opportunities that the Hungarian Church is called to seize
Photo gallery 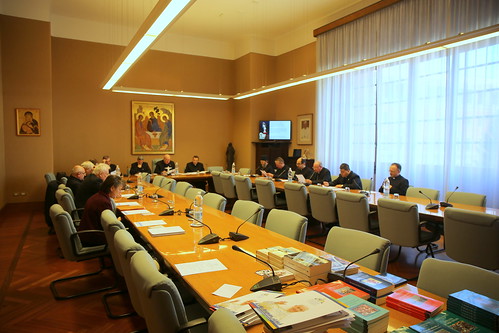