The Latin Bishops of the Arabic Regions visit the Dicastery

A few days ago the Latin Bishops of the Arabic Regions (CELRA) visited the Dicastery as part of their Ad Limina visit.

This episcopal conference contains, by its very configuration, a great diversity of situations and rituals and, hence, presents a plurality of testimonies. One of the common features of all these countries is that the Church is often a small minority, composed mostly of small communities. In many cases, the Christian community consists almost exclusively of foreigners who stay in the country to work or study. This phenomenon is made even more evident by the emigration of many native Christians, often driven away by persecutions and different kinds of restrictions. They leave their country to find a more welcoming land elsewhere. Another distinctive feature of these churches is the religious context dominated by the Islamic and Jewish (in the case of Israel) religions, and the general social and political climate marked by violence.

Naturally, therefore, for a long time already the Bishops have addressed the issues of ecumenism and interreligious dialogue with the aim of strengthening peaceful and fraternal coexistence among the communities that live there. They also care especially about the fate of the young, and the pastoral care of dedicated to them is rather widespread and generally well organized at all levels. This is demonstrated by the enormous economic and pastoral effort made to enable them to participate in every edition of the World Youth Days: “For our young people—said the Bishops—, leaving our countries is a breath of healthy air because they can touch with their hands what the Church means. They feel less alone and less isolated when they return home.” Even when it is not possible to reach the site of WYD, local gatherings like the one in Aleppo, celebrated in conjunction with International WYD, allow young people to experience the same climate and the sense of belonging to the Church.

As for the laity, they are generally rather well-formed and participate actively in the life of the Church. However, the Bishops complained, in some cases, about their lack of political formation and emphasized the need to update the formation programs intended for them. Finally, on the chapter of the pastoral care of the family, the Bishops recognized that the family is still held in high esteem by many young people. The families are generally strongly united, and there are only rare cases of divorce.

Here, unlike many other areas of the world, cohabitation is a rather limited phenomenon. However, the stability of the family bond is also jeopardized by wars and work demands that divide families. Several associations and movements, such as Couples for Christ and the Teams of Our Lady, work alongside families to help them overcome these difficulties. 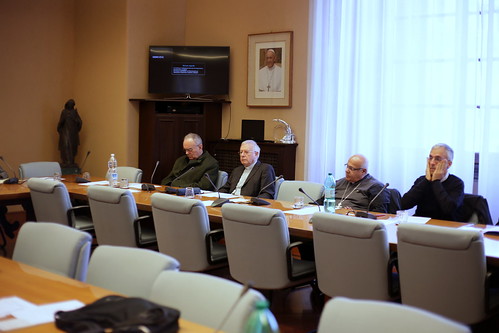 The Church in India: salt and leaven in society

In the month of September, our Dicastery received the Indian bishops on their ad limina visit. In ...