Just a few steps from St. Peter’s Square, the Center invites the youth to experience moments of prayer and friendship together in an international spirit. Prayer vigil on May 25.

Last Saturday, after maintenance work, Mass was celebrated for the reopening of the San Lorenzo Center. The Eucharist, presided over by the Secretary of the Dicastery, Father Alexandre Awi Mello, with Monsignor Giuseppe Russo, Undersecretary of the Administration of the Patrimony of the Apostolic See and Father João Chagas, head of the Youth Office of the Dicastery, brought together the friends of the center and members of the Shalom Catholic Community who have been managing the activities since last October. Thanking those involved in the renovation work for their efforts, the concelebrants invited the young people to live their faith in a place specifically dedicated to them in the heart of the Eternal City.

The San Lorenzo International Youth Center was inaugurated on March 13, 1983 at Via Pfeiffer 24, near St. Peter’s Square. Sought by Pope John Paul II, who described it as “a forge for the formation of true young Christians”, the Center has become a home for many young people who have come to Rome from different countries and continents. Opened in the year of the Extraordinary Jubilee of the Redemption, it has become a symbol of the Holy Father’s attention to the youth and houses the Jubilee Cross, offered by the Pope to the youth in 1984 and is still considered the main symbol of the World Youth Days.

“In the heart of the Church, a new opportunity to make a living experience with Jesus together with other young people. A different evening, a different meeting” said the young people in charge of the San Lorenzo Center, inviting their peers to participate in the first vigil on Saturday, May 25th, at 8:15 p.m. 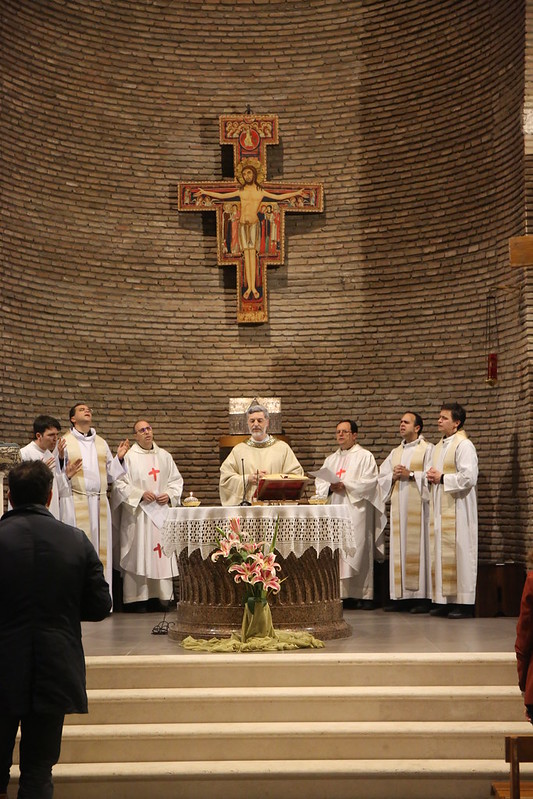 The witness of generosity

The usual Saturday evening Mass which took place at the San Lorenzo International Youth Center this ...

"Christus Vivit" through the eyes of young people

Twenty-six young people from different parts of the world have prepared video testimonies that were ...