A significant meeting took place this past 17 September in the main hall of the Dicastery: Marcello Bedeschi, the president of the John Paul II Youth Foundation since the foundation’s beginning—a foundation orginally established as the “Fondazione Gioventù Chiesa Speranza” (“Youth, Church, Hope Foundation”)—stepped down from his role and greeted the new Board of Directors, who were appointed in June by Cardinal Kevin Farrell, the Prefect of the Dicastery for Laity, Family, and Life. The new president, Carmen Aparicio Valls, engaged the new Board of Directors in their first meeting.

The Foundation was created to support the activities of the Dicastery which concern young people, in order to “help put into practice the teaching of the magisterium of the Catholic Church regarding the priority of the pastoral care of youth, particularly as manifested in World Youth Day,” and to “promote the evangelization of young people and to support youth ministry throughout the world.” (Statues, art. 1, 2.1)

Marcello Bedeschi, who has participated in all of the World Youth Days, from Buenos Aires (1987) to Panama (2019), now concludes an impassioned term of service, one which has led him to become an international point of reference for the organizational aspects of World Youth Day.

Carmen Aparicio Valls, a professor at the Pontifical Gregorian University, worked for a decade in the 1990s within the Youth Section of the Pontifical Council for the Laity, and therfore knows well the complex logistics involved in coordinating a World Youth Day celebration.

The next upcoming event for the new Board of Directors, and for all the friends of World Youth Day, is a Mass of Thanksgiving set for Saturday, 28 September at 7:00 pm at the San Lorenzo International Youth Center in Rome. 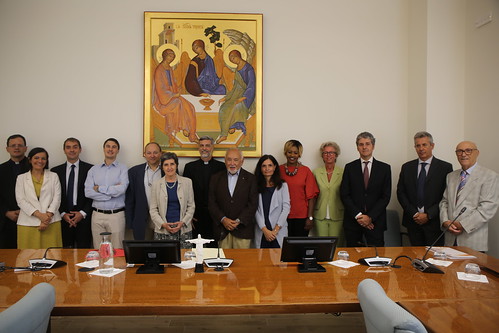 35 years since the letter “Dilecti amici”

When the United Nations declared 1985 the International Year of Youth, St. John Paul II wanted to ...

The message of the Holy Father to young people for the 35th World Youth Day 2020, which will be ...

Teenager Carlo Acutis to be beatified

During the most recent audience with Angelo Becciu, the Prefect of the Congregation for the Causes ...

“A year after celebrating this wonderful World Youth Day, we can say that this small seed has grown ...