"We cannot forget the marginalized, those who are excluded"

“We cannot forget the marginalized, those who are excluded”: this is the wish of Pope Francis, also insisted on by H.E. Msgr. José Domingo Ulloa Mendieta, Archbishop of Panama, in his presentation to the young people and lthe eaders of youth ministry from around the world gathered in Rome by the Dicastery for the Laity, Family and Life on the spiritual path and the project of the 34th World Youth Day, which is scheduled to be held in Panama from 22 to 27 January 2019 under the theme: “I am the servant of the Lord. May it be done to me according to your word” (Lk 1:38).

On Saturday, 8 April, introducing the work day dedicated to Panama and entitled “The significance of the World Youth Day for the diocese, the country, and Central America” Archbishop Ulloa said that one fourth of the quarter of the 163 million inhabitants of Central America and the Caribbean are young: 30 million do not study, are unemployed, and receive no subsidies; they are cared for mainly by God’s mercy. In this area, Panama, despite being a small country with less than four million inhabitants, has a strong pastoral structure and proven logistic skills: it is also the first diocese founded on the American continent, on 9 September 1513, under the patronage of Santa Maria la Antigua.

“We want to offer the world something of our simplicity, the vitality of a Church that expresses joy, cultural and ethnic diversity, living faith—said Archbishop Ulloa—We also want to share the experience of interreligious and ecumenical dialogue, based on mutual respect.”

Some of the pastoral objectives of the Panamanian Church are to “highlight the figure of the Virgin Mary as the first evangelizer, always present in the pastoral activity of the local churches and in our people’s popular piety;” to “encourage the Church that embraces and welcomes even those living in the geographical and existential outskirts;” and to “present to the world’s youth the proposal of Jesus, who is close and merciful.”

Cardinal José Luis Lacunza, always present during these days of work, also emphasized the concern for the poor and marginalized, especially those of the indigenous regions where they survive more than they live.

After the presentation of the team that composes the Local Organizing Committee and a first look at the organizational and logistical aspects—Panama’s aim to accommodate at least 200,000 pilgrims in families is a big challenge for the country, which also involves Honduras and San Salvador for the reception of the pilgrims in the week prior to WYD—, the politics of the visit, the transportation system, and the registration—the computer system used by the Dicastery will be the same as for Krakow—, interventions were made by the director of the Executive Committee supporting the coordination for the 2019 Day World Youth, Marien Calviño, and by the Panamanian Minister of Tourism, Gustavo Him, who stressed the commitment of the entire Central American country so that the event may be a success.

In the afternoon, the young people and the delegates present at the meeting gathered for the prayer vigil in Santa Maria Maggiore, where some had the opportunity to meet Pope Francis personally.

With the transmission of the Youth Cross and the Icon of “Maria salus Populi Romani” by Krakow’s young people to those of Panama, during the celebration of the 32nd World Youth Day, yesterday in St. Peter's Square, the countdown to Panama really began. 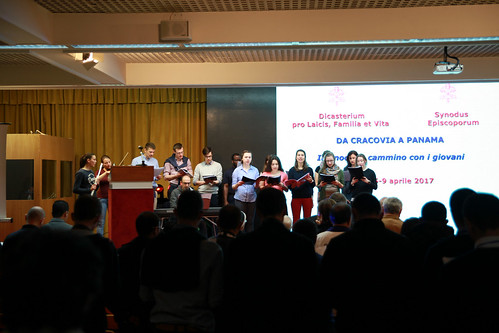 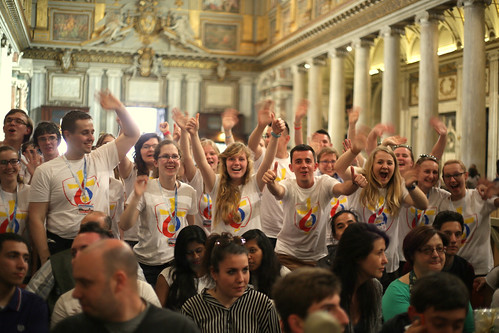 Transferring the Cross postponed until the feast of Christ the King

The Holy Father has announced the new date for the young people of Panama to hand on the World Youth ...

35 years since the letter “Dilecti amici”

When the United Nations declared 1985 the International Year of Youth, St. John Paul II wanted to ...