The Bishops of the Episcopal Conference of Cyril and Methodius, composed of Serbia, Montenegro, Kosovo and Macedonia, describe their community as a Church in the diaspora, in predominantly Orthodox or Muslim areas.
In all the dioceses, the bishops say, there are “good lay collaborators, and partly because of the scarcity of vocations, they take care of the communities.”

In Montenegro, for example, those in charge of Caritas, catechesis, the liturgy and teaching are mostly laypeople.
These are churches that suffer from the departure of a large part of the population, especially the young and those with higher education, who are moving to the richer European nations.

One of the topics at the center of the exchange with the Prefect and the officials of the Dicastery for the Laity, Family and Life was that of mixed marriages, which represent the large majority, and the related questions. The fact of being a minority very often leads Catholics to leave their faith aside.

The bishops emphasized that, for young people of these regions, the participation in World Youth Day is an opportunity to strengthen their membership in a larger community and to overcome the fear of belonging to a minority. Likewise, participating in ecumenical events, such as those organized by the Community of Taizé, gives them courage and helps us to be “outgoing.”

The cooperation of Macedonia’s laypeople has been invaluable in responding to the crisis of refugees travelling through the Balkans on their way to Central and Northern Europe. 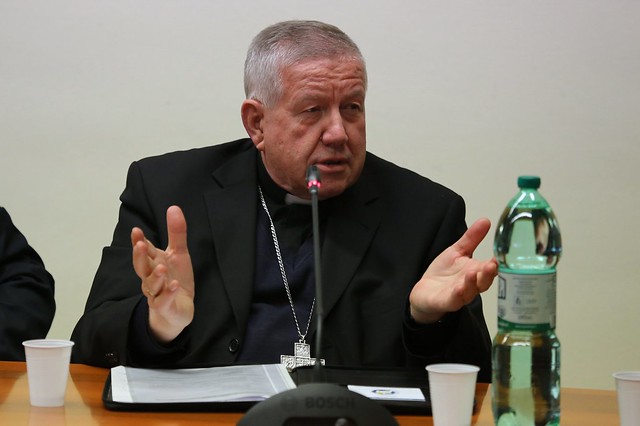