Laypeople and Families: Missionaries for the Future of the Church

Yesterday, the Bishops of Western Canada's Episcopal Conference, received by Card. Farrell at the Dicastery for the Laity, Family and Life, told about the reality of a highly-secularized society, which is now very far from Christian values. This is manifested, among other things, by the large number of abortions, the difficulties of families in maintaining a bond "forever," and the approval of laws that favor euthanasia and assisted suicide.

In this context, characterized by geographically very vast but sparsely populated territorial extensions, the role of many missionary laypeople and families was described as crucial. They are the ones who bear the responsibility—given the shortage of priests—of the pastoral ministry in many parishes and oversee the catechesis and works of charity. It is a fact that the Bishops of the region strongly count on, and it is in this sense that Msgr. Vila’s words, in the interview that we are publishing here, should be understood. "For this reason—said the prelate—it is necessary to form families and laypeople who will devote their time and resources to evangelization." After all, he continued, they "are very important because they have within them the seed of life."

n this region, the Church's presence is strong in the areas of health and education, through hospitals and nursing homes for the elderly, but above all the staff of many Catholic schools is almost exclusively composed of laypeople.

One novelty is the increasing presence of immigrant communities in cities like Vancouver or Calgary, where they have brought new life to the local churches. Even native Canadians, most of whom are Inuit, are, according to the bishops, a valuable resource because of the centrality that is given to the family and the education of children in their culture.

During the exchange with Cardinal Farrell and the Dicastery’s officials, the need to note realistically that the Church is now working in a post-Christian society and the need to share the proclamation of the basic elements of the Christian faith were repeatedly emphasized. Everything must be done—said the Prefect of the Dicastery for the Laity, Family and Life—in Pope Francis' style, with simplicity and boldness, convinced that the proclamation of the Gospel can—as it so often has in the past—transform history. 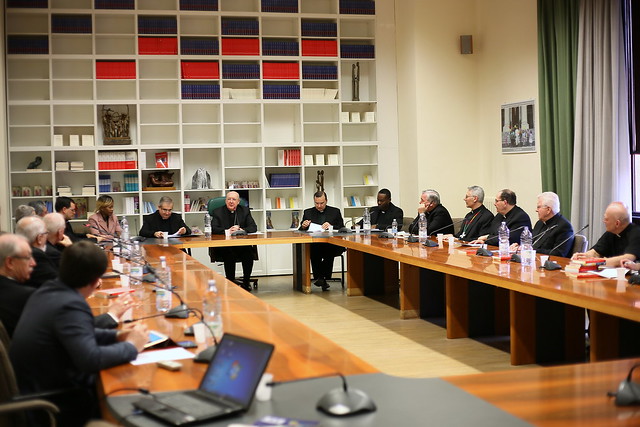