Vietnam’s Bishops at the Dicastery

On a visit to the Dicastery a few days ago, the Bishops of Vietnam told of a small but lively Church, characterized by good religious practice and the dynamic activity of the lay faithful. Everywhere, the frequency of Sunday Mass ranges between 70 and 90%. For matters under the jurisdiction of the Dicastery, the Episcopal Conference has three commissions for the laity, young people and children, and family and life.

The pastoral care of the laity is based on three fundamental axes: helping lay people to become more aware of their responsibilities in the Church and in society; fostering communion and co-responsibility in the mission between the laity and priests; and promoting evangelization in a context where the Catholic community, a minority in the country and often opposed by the authorities, represents only 7.4% of the total population, i.e., just over 6 million souls.

Speaking about youth ministry, they highlighted the key role played in the formation and accompaniment of young people by the Eucharistic Youth Movement (MEG), which has over 600,000 registered and active young members. Among the difficulties, the Bishops pointed out that strong migration from the countryside towards the urban centers is emptying the villages of their youthful forces and making the pastoral work in the parishes of the city increasingly complex.

With regard to the family, they spoke of the increase in divorce that is the result of the spreading idea that marriage is a mere contract. The Bishops also reported on the growing challenge of mixed marriages (over 50% of those celebrated). If mixed families have become the first laboratory of interreligious dialogue, for the Catholic part, keeping the faith is increasingly a problem along with the risk of moving away from the Church.

The Bishops, touching on burning issues related to life, said that abortion is a real social scourge. Globalization, state atheism, widespread recourse to the morning-after pill, together with the widely shared mentality in Vietnam that an unborn child is not to be considered a person in the full sense and, therefore, as having rights, are leading to a real massacre of the innocents.

Finally, some social issues were evoked as incumbent challenges for the Church in Vietnam: the country is experiencing great economic growth, but at the same time the gap between rich and poor is also growing so that today only 5% of the population controls the country’s wealth. This situation is fueling the chronic social crises that regularly shake society, while the Church sides with the poorest. 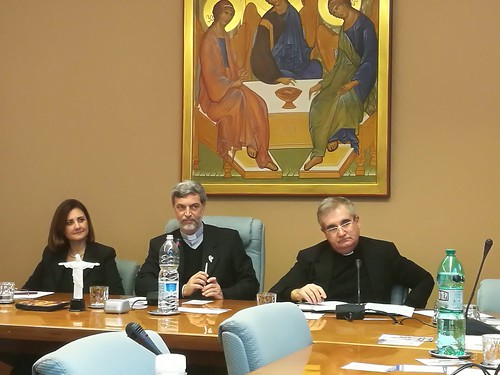