The Bishops bet on young people

The ecclesial and social realities of Malaysia, Singapore, and Brunei, gathered in a single regional episcopal conference, greatly differ from one another even if they do not lack common points. Accordingly, the Bishops of these three Southeast Asian countries spoke with one voice during their Ad Limina Visit to Rome, which led them to meet the leaders of the Dicastery for the Laity, Family and Life on 5 February. The Bishops expressed great satisfaction over the vitality and generous participation of the laity in the life of their Churches and the high percentage of religious practice among the faithful. They also voiced strong concern—especially the Bishops of Malaysia and Brunei—with regard to the process of Islamization in the region that is marginalizing non-Muslims, including Catholics. Yet, the much more fortunate Church that peregrines in Singapore, where the laws guarantee a wide religious freedom, also shares the concerns of the other sister Churches about the growing secularization and religious indifference that are generating a progressive decline in fervor among Christians and slow but gradual erosion of the of society’s fundamental values such as the family, marriage, and respect for human life. According to the Bishops, in recent years, families have become significantly smaller. The younger generations have fewer and fewer children, get married less and less and always later. Both abortion and divorce are increasingly widespread...

Faced with these challenges, the Bishops bet on the young! In fact, in almost all the dioceses, great efforts are being made to prepare them adequately for marriage and beyond. Despite the limited means and human resources, there is an effort to grasp to their thirst for spirituality through greater accompaniment, to respond to their concerns and unease related mostly to study, work, emigration in search of better living conditions—the latter is the cause of many social and emotional lacerations and destabilizing for the family... Be that as it may, the Church bets on young people, together with the young themselves, forming them to responsibility within the Church so that they can take the reins, but also to politics as a vocation so that society will not lack the bright contribution of their faith. This is the path followed by the experience in Malaysia where, in collaboration with the Fondacio Movement, some of their young people chosen in the Philippines are sent each year for a 10-month formation in leadership. 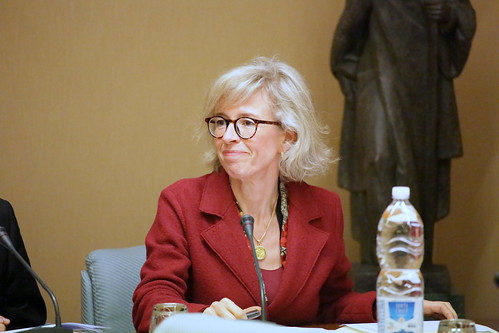