In Chile, the Laity is the Church’s Liveliest Force

The Ad Limina visit of the Bishops of Chile

During their Ad Limina visit at the Dicastery for the Laity, Family and Life, Chile’s Bishops told about how their country is grappling with the advance of a secularist culture. Yet, in this struggle, according to all the statistical surveys, the desire to build a family continues to be one of the main aspirations of all young people.

Sociologically—the Bishops said—, Chile is very different from other Latin American countries: there, agnosticism is widespread and the levels of education are very similar to those of the European nations. This stems from the fact that many of today’s political leaders studied abroad during the difficult years of the dictatorship.

Faced with the challenges of the contemporary world, the Chilean Church is all but submissive but rather strongly engaged in the promotion of Christian values and forming of the youngest. This is being done—as Card. Ezzati explained—especially by laypeople who, in many circumstances, those who are making the catechesis, education, and charity in the parishes advance. Similarly, Chile’s Christian laypeople are making their voices heard in the discussion of some bills.
For this reason, Msgr. Bastres Florence, Bishop of Punta Arenas, said in the interview that we are publishing here that: “In Chile, the Laity is the Church’s Liveliest Force. The laypeople are the ones who accomplishing the whole process of the new evangelization.”

During the meeting, both Card. Farrell and the Chilean Bishops stressed the importance of young people, “the future and the present of the Church.” The Diocese of Santiago is preparing to dedicate a diocesan synod to them, also in view of the Synod that will be celebrated in Rome. 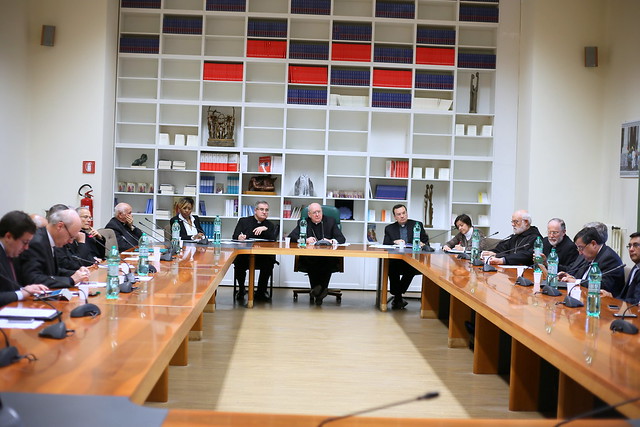 A family among families: Synodal, missionary and family Church

Families wish to walk along the synodal path as pastoral and ecclesial subjects, giving their ...

Synod on Tolerance: Walking Together in Fostering Interfaith Solidarity

Indonesia is a pluralistic country with six official religions and numerous local languages ...

"Life is a right, not death"

We publish a reflection by the Family and Life area of our Dicastery on the inviolable value ...